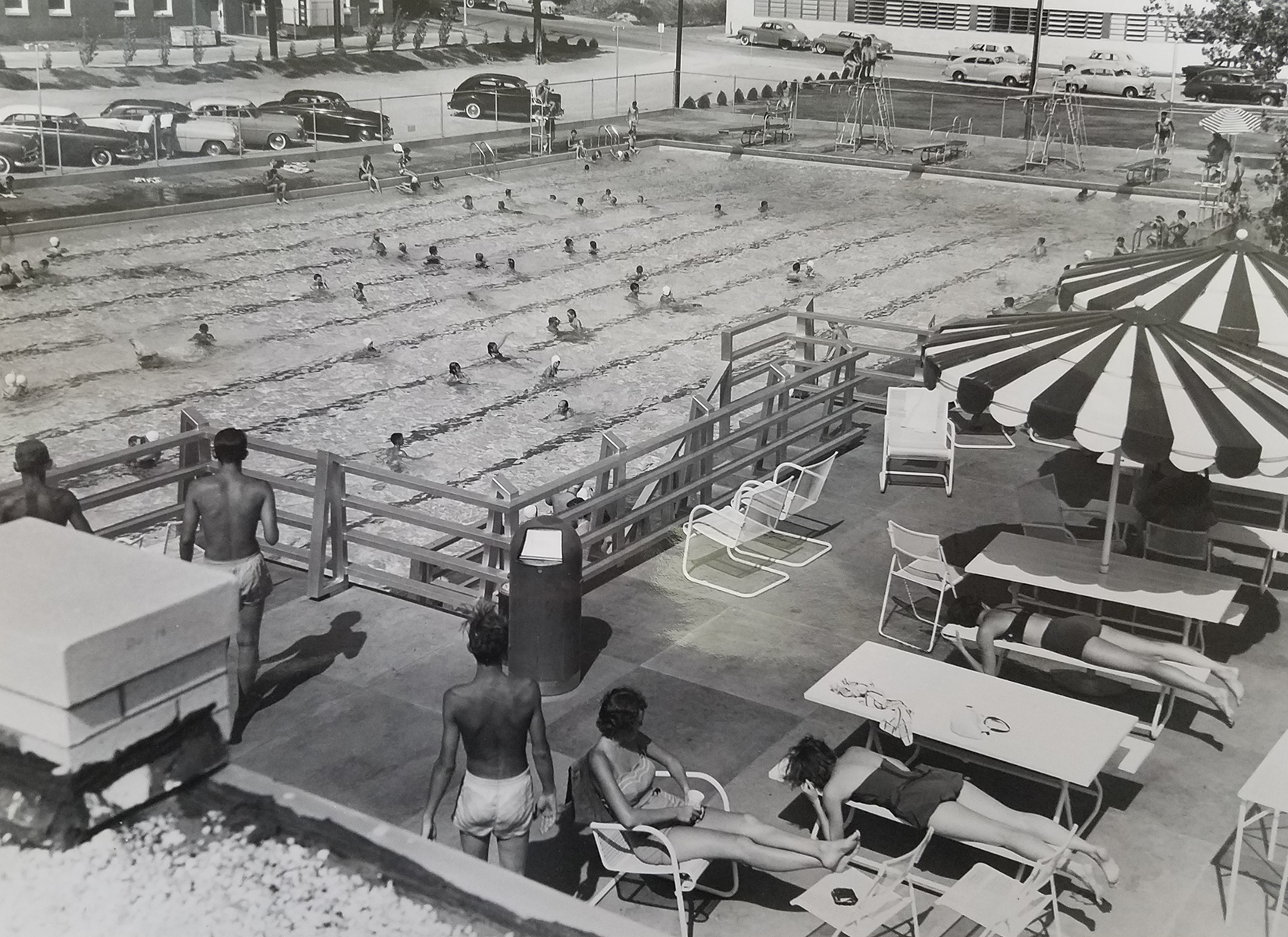 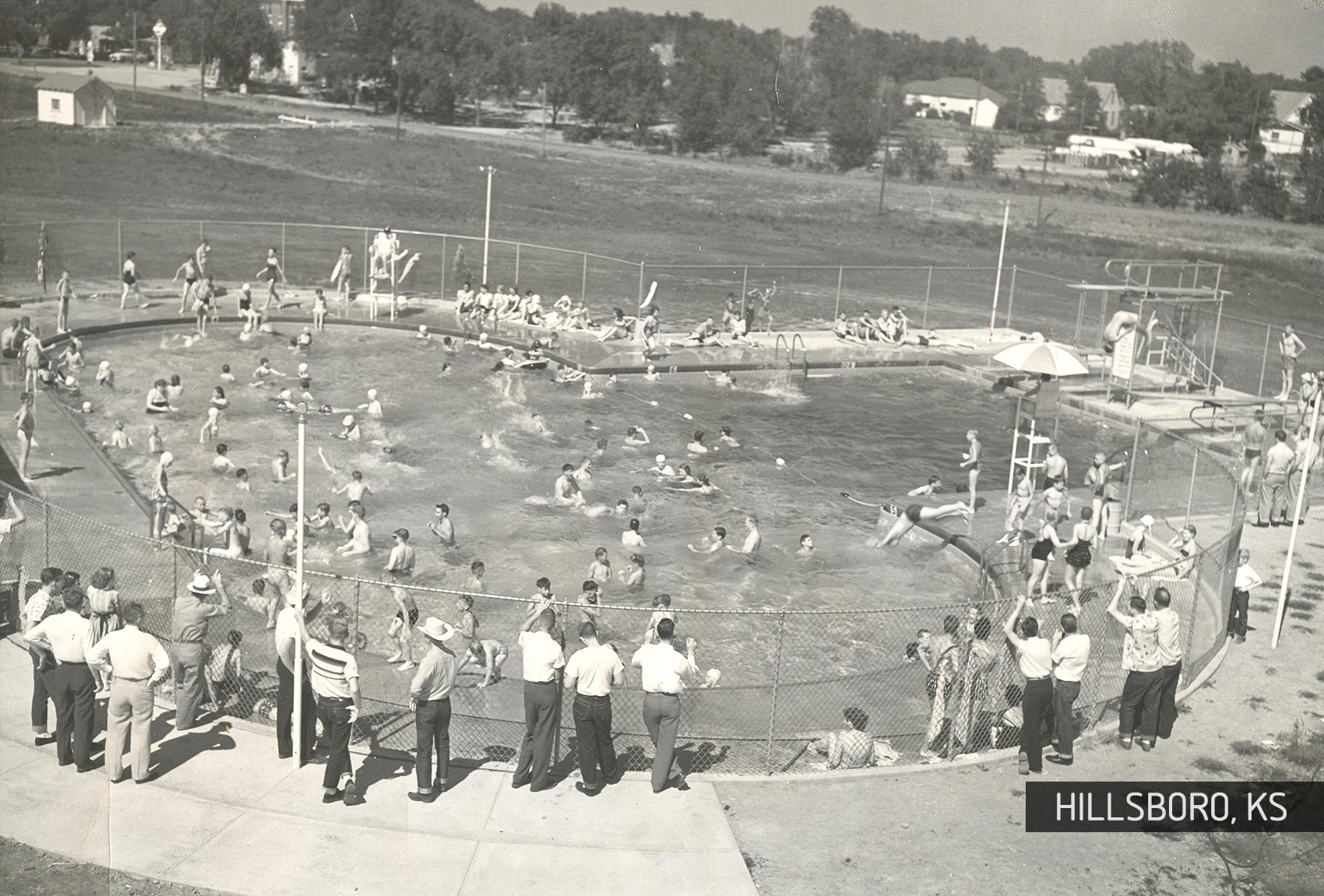 The late Pascal P. Paddock, who is universally regarded as one of the founders of the modern day pool industry, wrote the following short autobiography a few years before his death in 1965. A son, Robert, was killed in an airplane accident in 1967. Another son, John, operated the surviving Paddock companies in Oklahoma City until 1989. In 1989, John’s son, Donald, purchased the Paddock companies, taking control of all operations. John Paddock passed away in 2002.

I was born Nov. 19, 1895, on a farm in Malone, N.Y. My father died in 1904, when I was nine; the family left the farm shortly after in 1905. I attended elementary schools in rural district school in Malone, Dawson City, Yukon Territory, Canada, and Brushton, N.Y.

I entered high school in Brushton, and then moved to Yakima, Wash., where I attended high school just short of three years, but did not graduate.

I left school at 14 to work on a field survey party for the U.S. Reclamation Service, and worked variously in Washington, Oregon, Alberta, Canada and British Columbia for the Reclamation Service, the Canadian Pacific Railway Co. and the State of Oregon, from 1910 to 1916.

I volunteered for the U.S. Army in 1917 and served in the United States, France and Germany until August 1919. I entered Clarkson College of Technology in September 1919 and was graduated in June 1922 as a B.S. in civil engineering, completing a full four-year engineering course in just three years, working to earn all my expenses.

I worked for the Utah Construction Co. contractors on a dam in Yosemite Park for the City of San Francisco water supply in July 1922. I went to Los Angeles in March 1923, to start a practice in sanitary engineering.

I designed a sewage treatment plant and several small municipal water works plants and then a large high school swimming pool at Lancaster, Calif., in the Mojave Desert. As a result of this first pool design, I received contracts to design a large number of pools and began specializing in this engineering field in 1923.

In 1924, after designing 30 public pools, I started a construction company to build them, first, as Pascal P. Paddock, Engineer, and later as Paddock Engineering Co. in Los Angeles.

In 1938, as a result of getting numerous contracts in eastern states, I opened branch offices in New York City, Miami Beach, Palm Beach and Dallas, Texas. During 1923 to 1940, I completed more than 3,900 pools in California, Oregon, Idaho, New York, Massachusetts, Florida, Texas and Georgia. In 1940, I sold the original California corporation, including the offices in Dallas, Texas.

I took over the Texas branch, setting up a new business entity, Paddock Engineering Company of Texas, and operated it until I was called back as a reserve officer to the Corps of Engineers for active duty in World War II. I sold the Texas corporation to the employees. When I was released from active duty as a lieutenant colonel in 1946 I went to Oklahoma City and started a new business as Pascal P. Paddock, a single proprietorship.

When my two sons had graduated from Oklahoma State University as engineers, they worked for me about 1 1/2 years, after which I incorporated as Pascal P. Paddock, Inc.

I obtained certification as professional engineer in some 17 mid-western states, from Ohio through New Mexico, Minnesota and Texas.

We have operated in all states from and including West Virginia through Colorado and New Mexico and Minnesota through Kentucky, Arkansas, Louisiana and Texas.

In 1957, in Chicago, I met with a group of other professional engineers, architects and manufacturers of water treatment equipment to set up some sort of association in an effort to improve the ethics and standards of what was becoming a very chaotic industry, and I served on the steering committee in the founding of the National Swimming Pool Institute. I also agreed to serve on the board of directors the first year.

In 1959, we established a new corporation, The Junior Paddock Pool Company, employing new techniques and methods for the construction of residential as well as small motel and apartment house pools in the Oklahoma City area. One of my sons, John P. Paddock, is President and active head of this operation. One year later, we established a similar entity, incorporated as the Tulsa Paddock Pool Company, doing the same work in the Tulsa area. My other son, Robert, is the new President of the major operation, Pascal P. Paddock, Inc., with principal offices in Oklahoma City. I am now retired.

Now we reflect back to 1923, to the Father of the Modern Swimming Pool, to the man who made a workable plan for building swimming pools with a filter system, built on the basis of the best engineering principles for which he fought all his life. It was through his ingenuity and hard work that an entire industry was built. Surely, in 1923, Pascal Palmer Paddock never thought such an industry would evolve; yet at the time of his death in 1965 HE KNEW. He lived to see it happen and to receive some adulation that was due him. 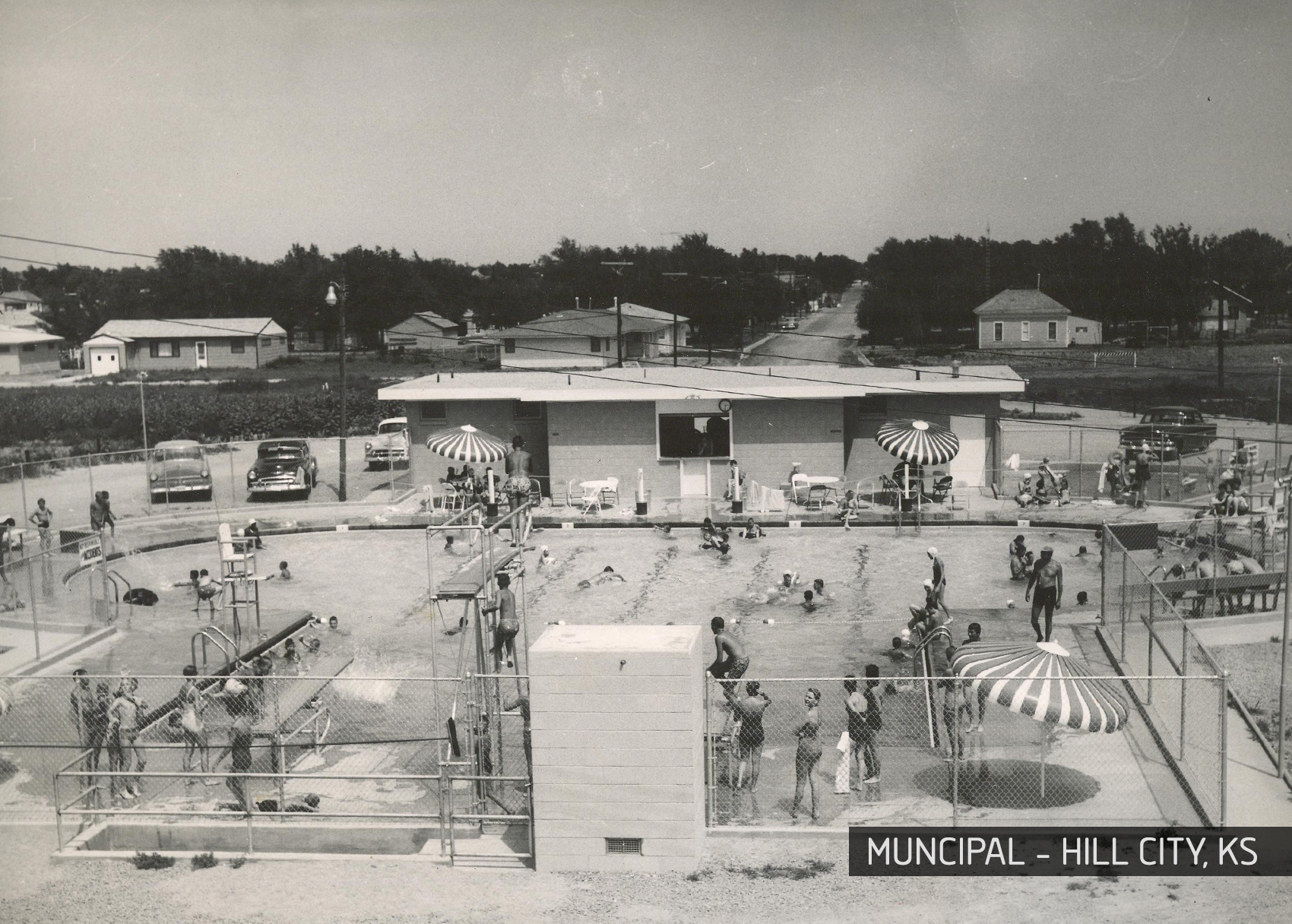 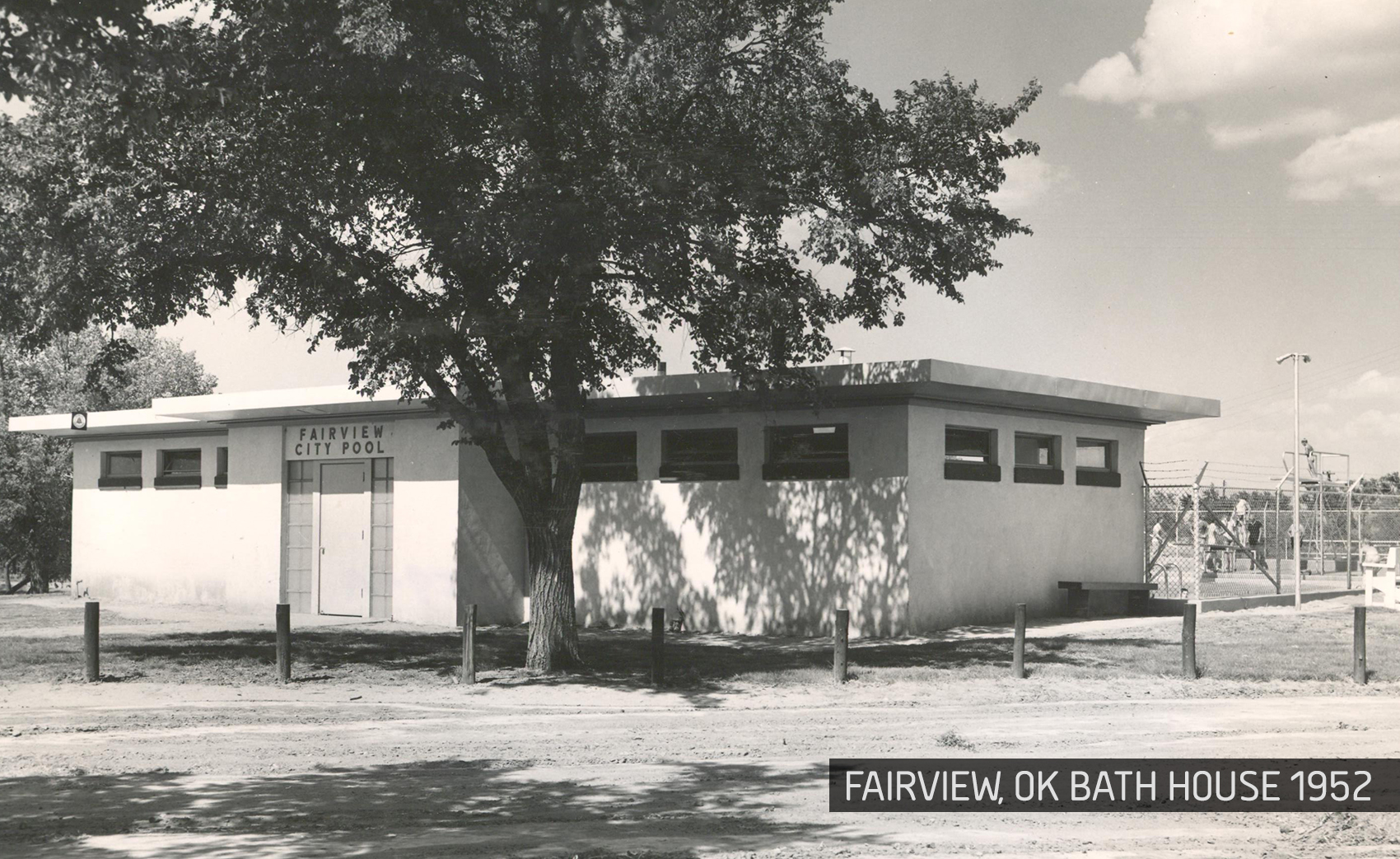 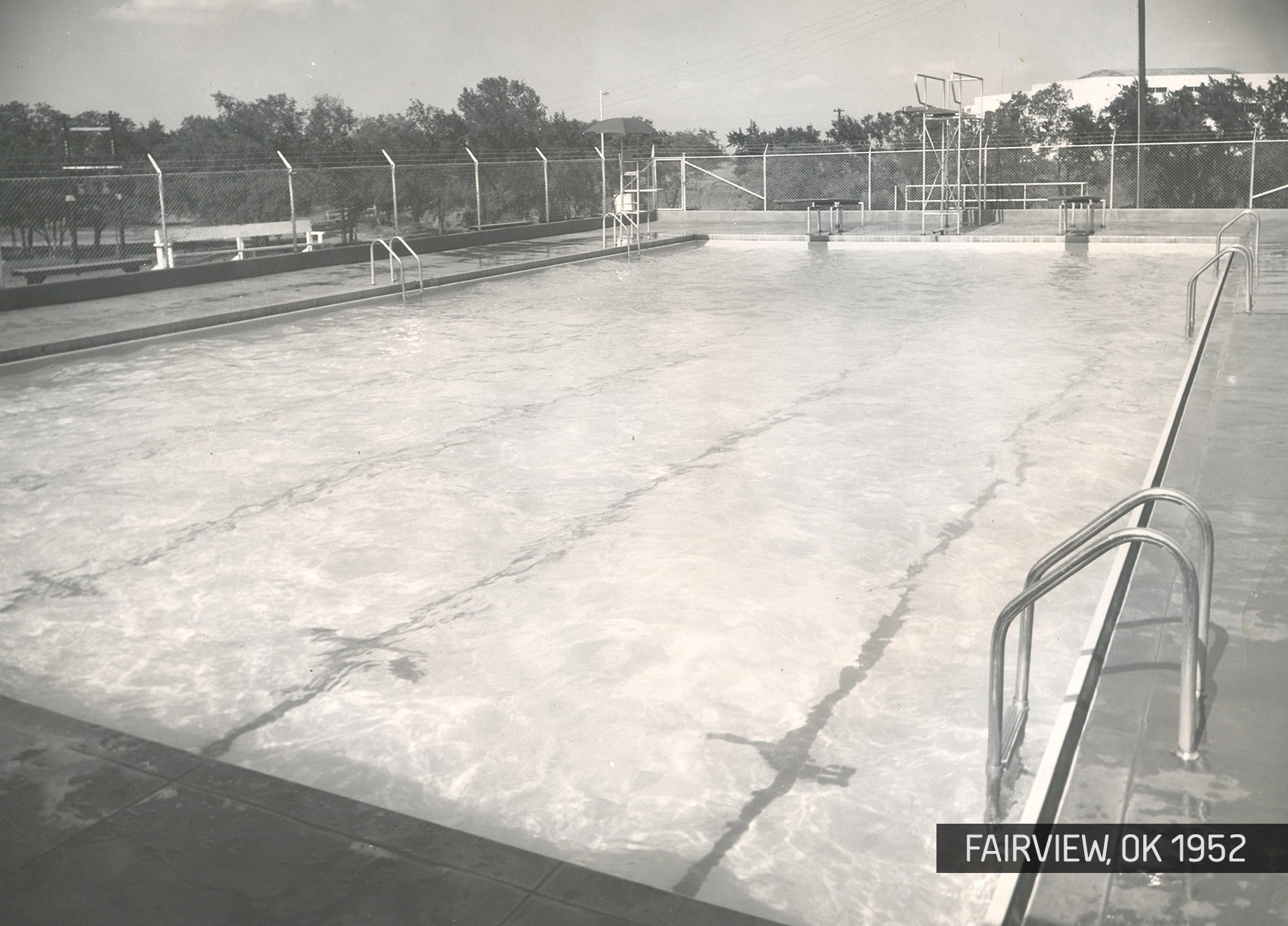 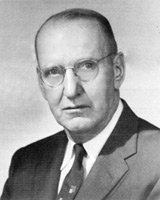 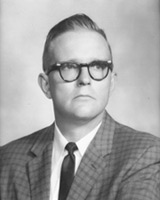 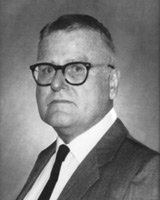 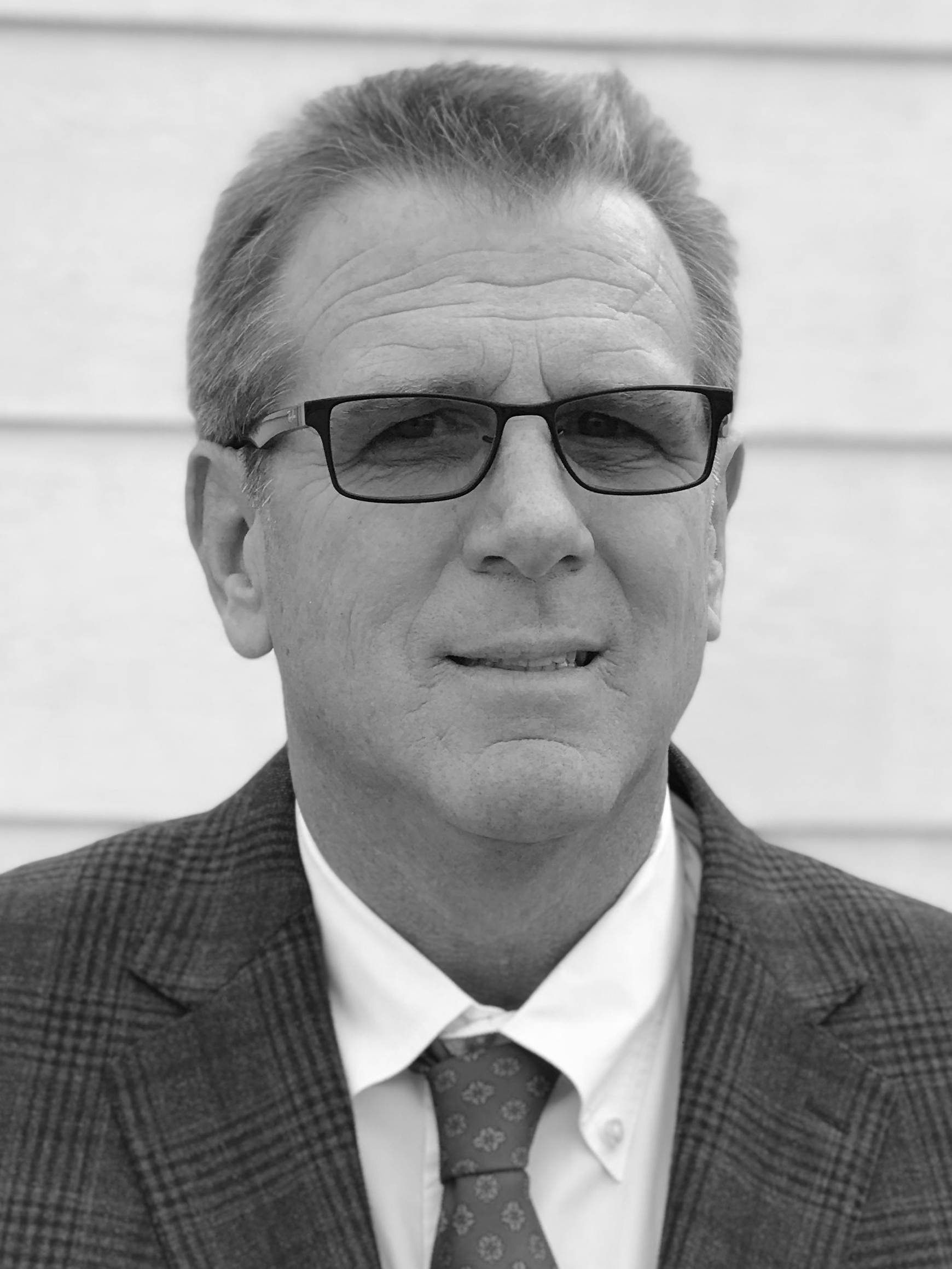 The Paddock Family has built pools for many well known people, including:

Based in Oklahoma City